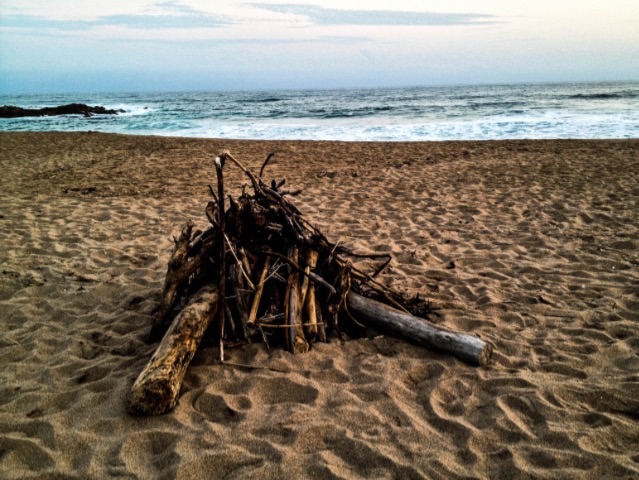 After picking up C’s cousins on the way back from Sun City, we headed back to The Vaal for the night. We went out for dinner and then drinks at a little bar called Manhattan’s. After a one day stopover, we packed our things and headed out in droves of cars for Durban.

After 9 hours of driving, broken up with gas station breaks, we arrived at the villa in Durban right on the beach. We picked rooms, unpacked and had a little look around. At the bottom of the garden was a gate and a secluded pathway lined with trees that lead straight to the beach.

We had a wander around and then headed back to get a braai started and dinner ready. In the evening we relaxed outside with drinks and card games.

The following day after breakfast we headed straight for the beach. We sunbathed and swam; I was the only one who wouldn’t swim out of my depth because there had been sharks spotted there recently and Jaws really scared me as a child.

After a while, the three of us girls sat and sunbathed on the beach while the guys all mucked about doing back-flips and rugby tackling each other into the waves.

On the way back to the villa I somehow got separated from the rest of the group and sparked a mass panic/search party as everybody thought I had been kidnapped.
(Unfortunately, as much as South Africa is a beautiful country with a lot of friendly people, the crime statistics are very high. People were genuinely very concerned for my safety).

Other than that little episode it was a lovely day!

After we had showered, changed and grabbed some food we headed down to a bar called “Rock Bottom”. The actual bar itself is rather small. It was quite dark inside with fluorescent paintings in a myriad of colours on the stone walls of swirling spirals and mushrooms. The bulk of the seating was outside though still under cover.

The first night at Rock Bottom we sipped Savannah cider and had a good laugh. It was a great atmosphere there so we knew we would go again while we were still in Durban.

The next morning we headed up to Ramsgate and to a much raved about restaurant called “The Waffle House” for lunch. Sweet and savory, their menu consisted of many types of waffles with toppings varying from lemon meringue to chicken curry.

We then wandered around the beach there. On our way back from Ramsgate, driving past sugar cane fields, we stopped off at a market stall selling fresh fruit. They cut some open and sliced off bits of fresh fruit for us to sample. We bought a box full of fresh produce to take back to the villa.

When we got back we were joined by R’s friend and his fiancé. That night we decided to head to Rock Bottom again as we had liked it so much the previous time. There were bands playing as well which made us all more eager to go.

The first band that played were pretty good and played some quality songs but the next band completely blew us away! AVADE had such an amazing energy and stage presence, they played a fantastic set and had us all dancing from start to finish and then begging for more songs.

At one point the lead singer was up on the tables playing guitar and then jumping and dancing among the crowd and it was just amazing. Honestly, if they are playing in your corner of the world, I would definitely recommend taking the time to go and see them play! All my South African friends were impressed and said it was one of the best live local bands they had seen. 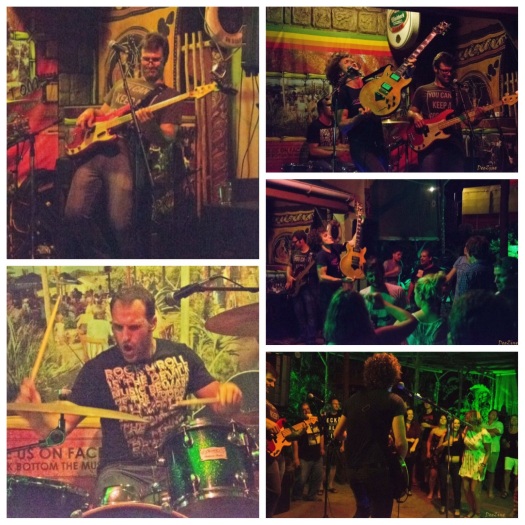 The next day we found out about a water theme park nearby, so obviously we grabbed our things and headed out the door. I may or may not have already mentioned previously how much of a big kid I am when it comes to water theme parks!

We arrived, got changed, picked a spot on the grass for our stuff and headed for the slides. 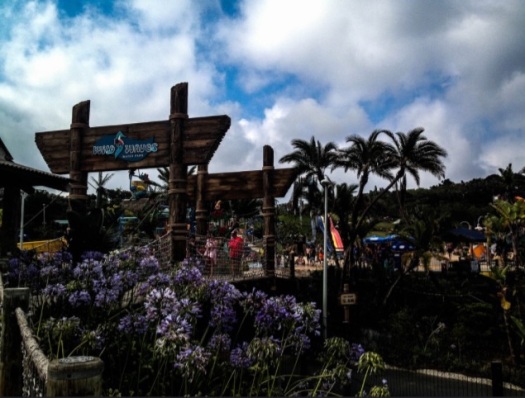 There was a slide that was shaped like a skateboard ramp that you slide down in rubber rings, and at one point I was convinced I would fly right over the top and crash on to the shack behind it! You may laugh, but there were no safety nets to prevent it!

There was another slide where you stand in a capsule with your arms and legs crossed, there is a countdown from 3 and then the floor suddenly disappears and you shoot down the tube like a bullet! After swimming around and trying all the slides, we lounged in the sun on the grass to dry off.

After making our way back, and washing off all the chlorine, we relaxed in the garden and watched the sun go down.

On our final day in Durban, we went for a wander here, there and everywhere! The boys went go-karting, we stopped at a few shops, we had a little drive around and went out for lunch.

A blog for the wild hearted and curious looking for their next adventure. Join me on my travels, share my love of food, check out my top wellbeing tips and share some of your own stories with the gypsy tribe!
Follow The Gypsy Heart Travels on WordPress.com
Join 1,981 other subscribers
%d bloggers like this: