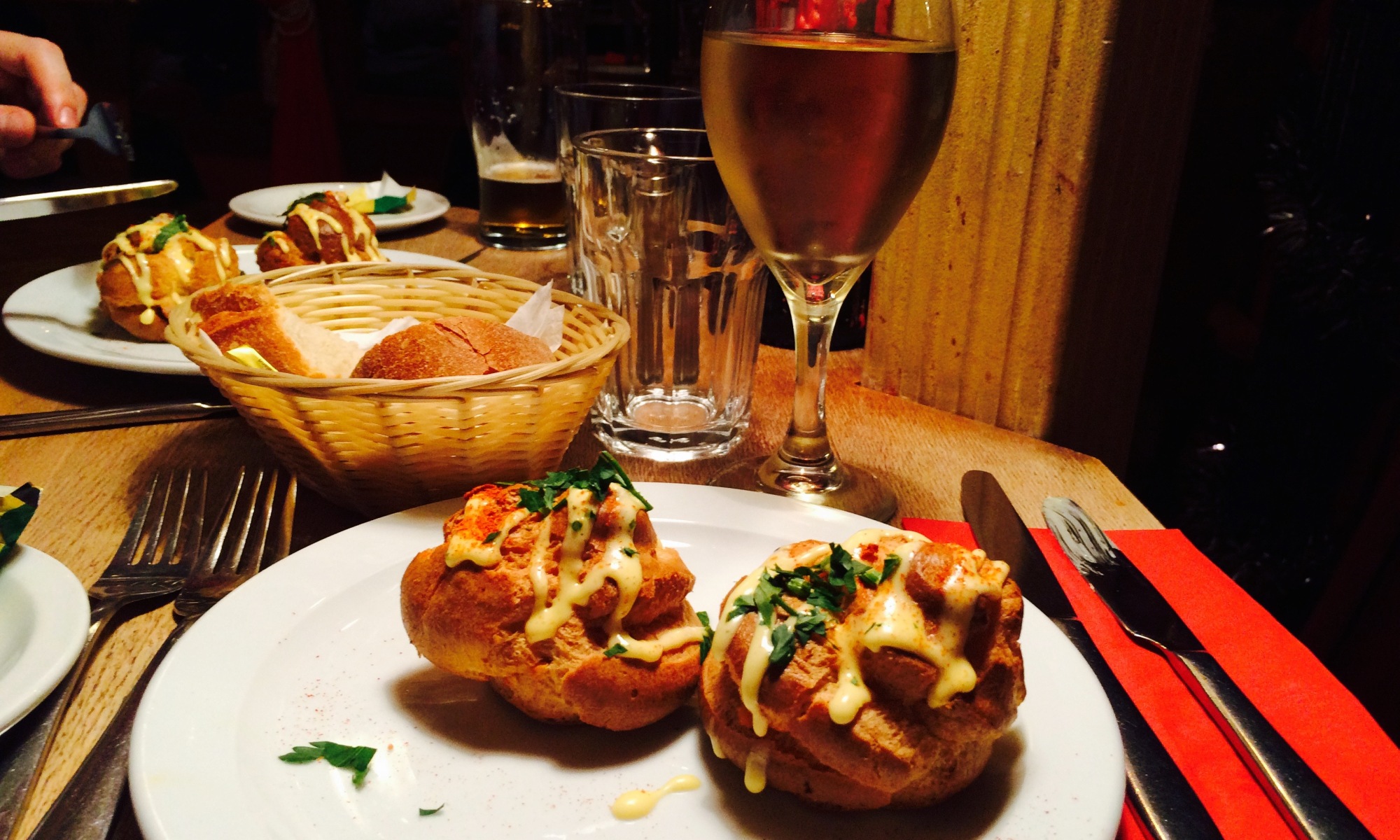 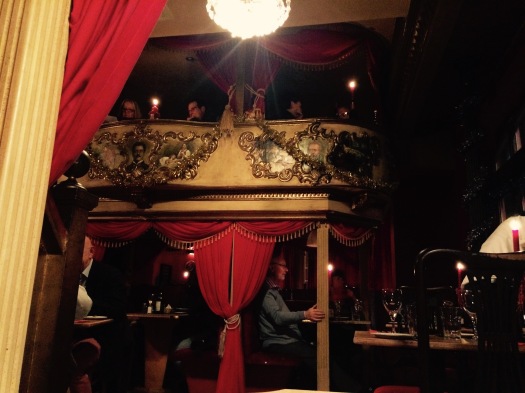 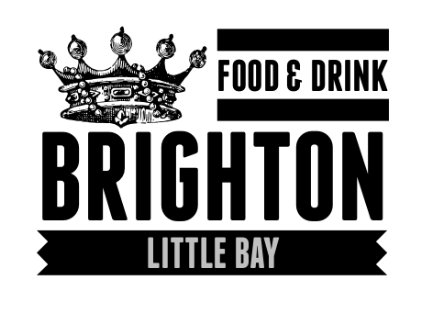 One evening before Christmas, I had dinner plans with an old friend and Brighton seemed to be the perfect middle ground between where I live currently, and where I used to live (which is where my friend would be travelling from).

Not only that, but Brighton has such numerous and varied venues to chose from to suit all moods and palates, I love it!

There’s a place I’d been meaning to try for a while now and so we hatched a plan to head that way for a catchup.

By the time the evening had rolled round, it took a lot of coaxing and motivational pep talking from my friend T to get me to move from my bed. I was having a bit of a tired and sorry for myself kind of day and was entirely lacking in energy.

I had tried to get him to agree to a rain check but he wasn’t having any of it, and luckily, I eventually succumbed and wriggled out of my duvet cocoon to get changed.

We planned to meet at Brighton station but somehow ended up on the same connecting train at Hove.

We arrived in Brighton to the same backdrop of music from my previous post (the flute boxer) and made a beeline for the seafront.

We strolled down to the seafront, a bit confused at the hoards and long lines of identically dressed teenagers. Clearly something was happening that we weren’t cool enough to know about!

We arrived at Little Bay, greeted by the waiter and ushered into the dining area of the theatre themed restaurant. The majority of the seating is set in the style of opera booths, decorated in a deep red with gold trimmings. We dove into a little alcove, fringed with red tasselled curtains, and were handed our menus. 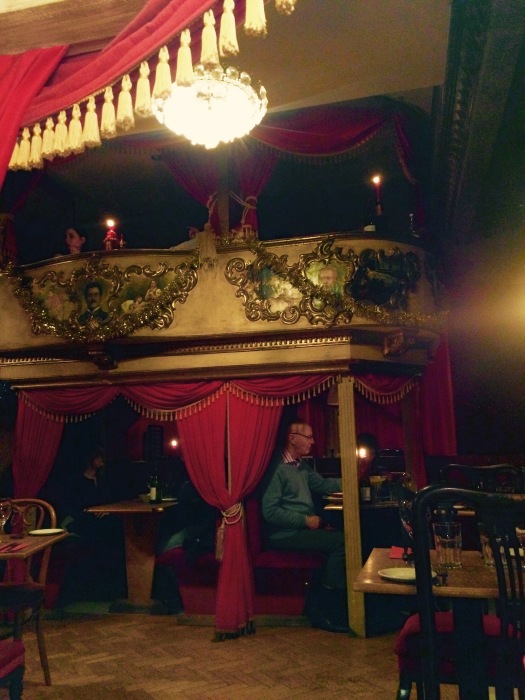 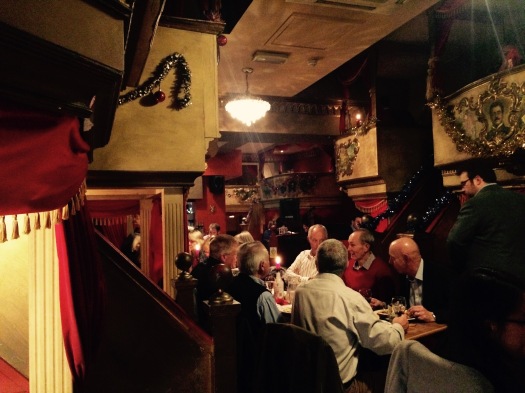 On the small table sat a glass bottle with a candle dripping red wax. Unfortunately, they had stuck an unnecessarily bright lamp onto the ceiling of the booth we were in, which could have done with a dimming switch or not being there at all. 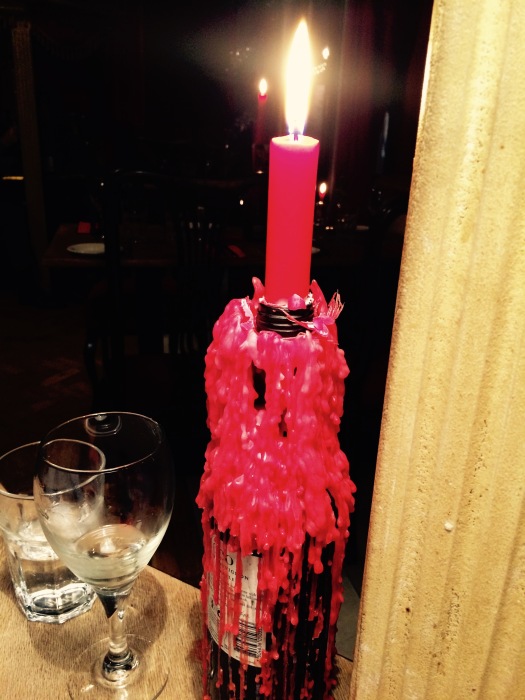 We ordered drinks and nibbled on bread while we had a catch up and glanced over the menu. They had a half price deal on a section of the menu for three courses, so it would be rude not to!

We both started with crab stuffed profiteroles, drizzled with a lemon hollandaise sauce and dusted with paprika. I know, it may sound like an odd combination, but we were pleasantly surprised. The crab stuffing was slightly spiced and had a nice little kick to it. 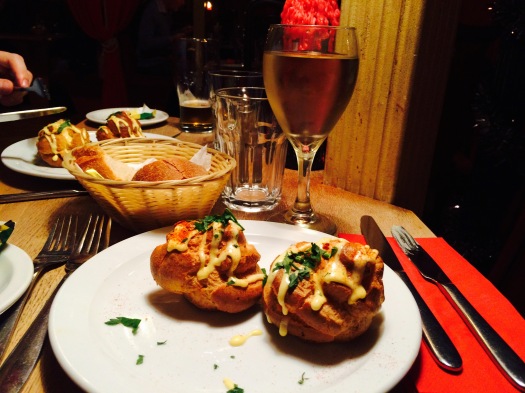 For main course, I opted for baked cod and chorizo in a tomato sauce with vegetables and a cucumber ribbon garnish. T went for the slow braised pork belly in a rich gravy and seasonal vegetables. 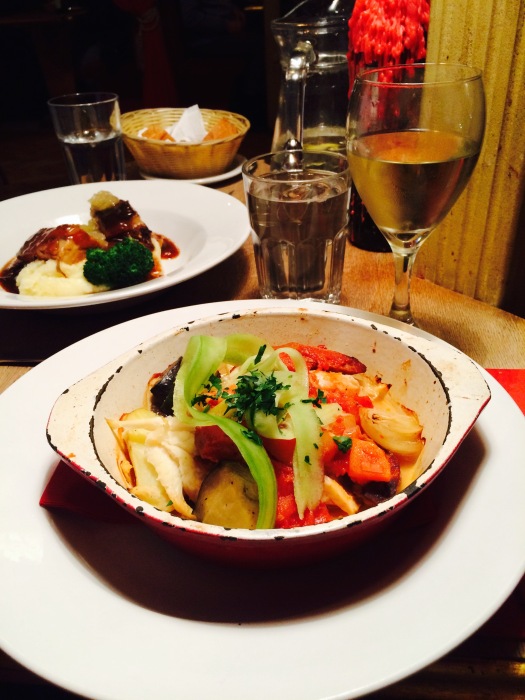 A lot of chatting and reminiscing occurred. We had placed ourselves in front of the window because as you may have begun to gather, I love people watching. Or more bluntly put, I’m just rather nosy.

A live jazz band started to play in the corner as we were handed our dessert menus. I was already feeling rather stuffed and decided to go for the lighter option of raspberry sorbet.

T ordered the chocolate brownie with a “hot fruit salad” which he requested on the side as he was not overly enamoured with the idea. As attuned out, it wasn’t a fruit salad, nor was it hot. It was more of a fruit compote, which actually complimented the brownie much better. 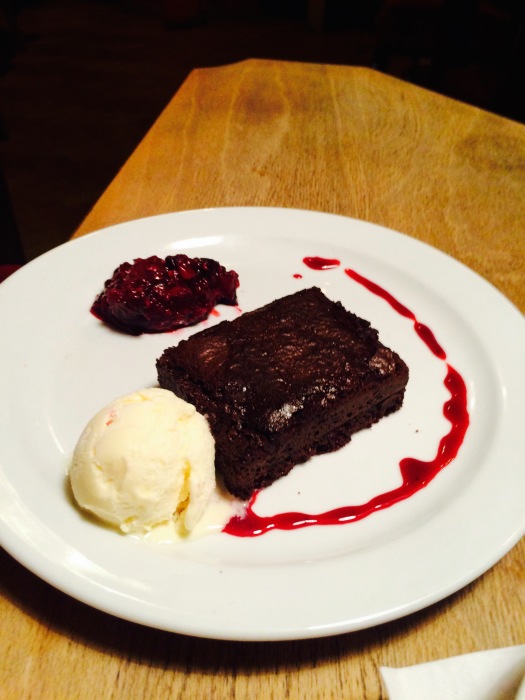 After the plates were cleared, we ordered some aperitifs. T had a glass of scotch with two ice cubes (the perfect amount to chill the drink but not dilute it, I am informed) and I went for a glass of ruby port. We sipped and enjoyed the music before settling the bill. 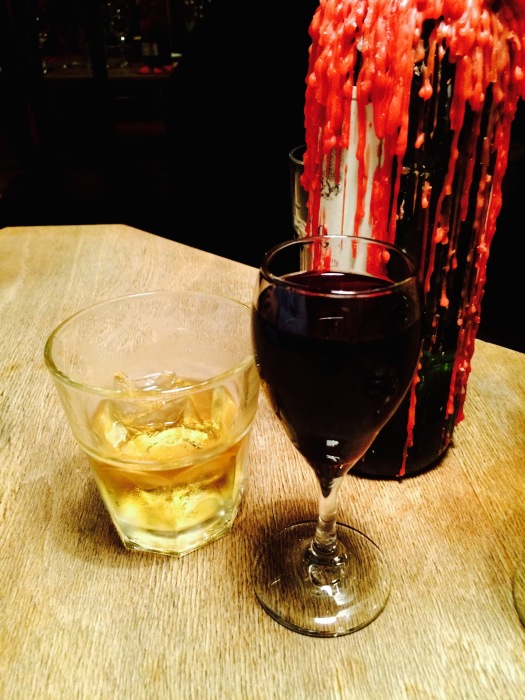 Well, I had harked on about The Seven Stars mulled wine to T so much, that we decided to head there for one more drink before home. We weren’t entirely sure where it was, only aware of the vague direction we needed to go in, we ended up wandering down one or two very narrow, slightly claustrophobic alleyways. We exited the alleyway right next to a busy pub, looking utterly bewildered as we tried tonged our bearings. When we did find The Seven Stars, it turns out we hadn’t needed to go down that alleyway at all, in fact, we had more or less ended up doing a loop, when we could have simply walked further up the road and taken one turning.

We headed inside where I eagerly ordered another steaming mug of mulled wine and T ordered a pint from their craft beer selection. 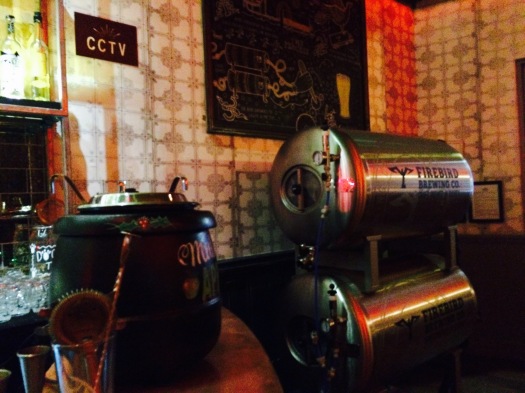 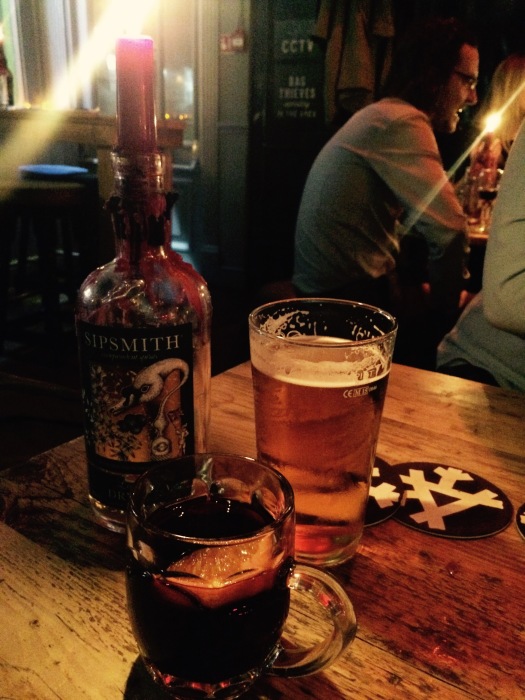 We perched at a little table where we chatted and laughed at the drunk guy sitting (and tripping and falling) at the table behind us.

We made our way back up to the station at a leisurely pace and said our goodbyes until Saturday when we would be attending a Ladies night ball.