Arriving back from our day trip to Trakai, we left the station and happened to  wander passed this quirky looking place – “The Smoking Pig” restaurant.

They use fresh ingredients and nothing is put to waste. They do not take bookings so it can be quite difficult to get a place there.

We strolled through The Gates of Dawn as evening was falling. 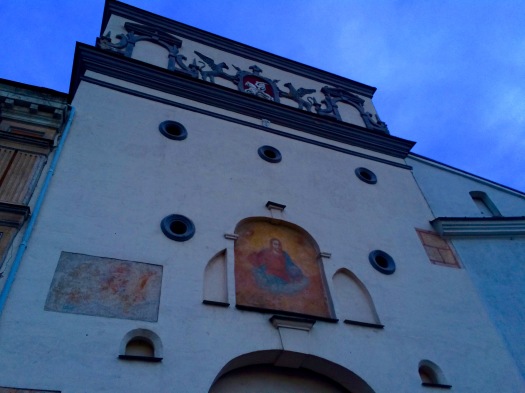 Historically, a lot of city gates across Europe would house a religious artefact or icon, to protect the city and bless travellers. 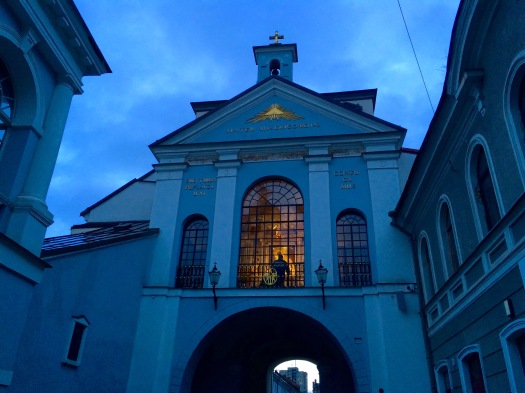 The Gates of Dawn are famous for housing a prominent painting of the Blessed Virgin Mary, revered for miraculous powers and luck.

We passed the sign for the Republic of Užupis (“the republic across the river”) and strolled around the bohemian old town, favoured in the past and present by artists and often compared to Montmartre in Paris.

It’s a sort of tongue in cheek free republic with it’s own flag, anthem, currency, elected president, cabinet of ministers and constitution.

The Angel of Užupis – represents the self proclaimed free republic and artistic spirit of the small district.

We wandered by old buildings with street art on the walls. 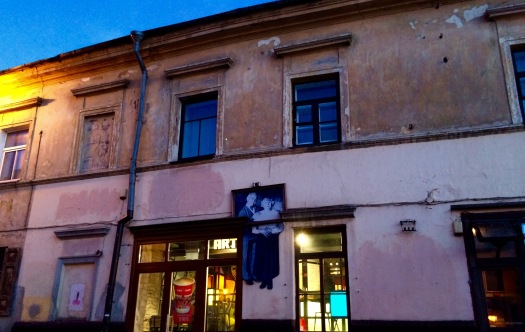 Then we took a turn down a random little seemingly abandoned street of buildings, because I’m slightly obsessed with quirky graffiti…

Down the side of this building, which I assumed to be derelict, an eccentric looking old man gave us a suspicious look as he pulled out a set of keys and disappeared through a doorway… 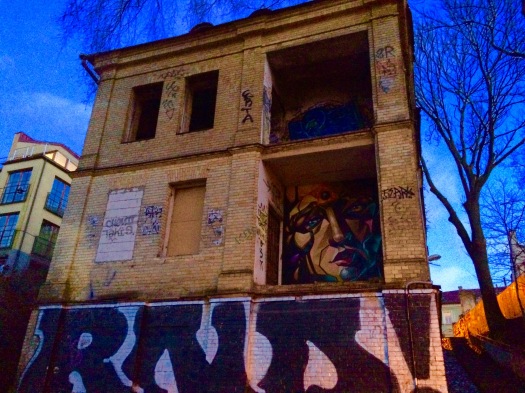 We continued our walk down lamp lit cobbled streets and alongside the river with patches of snow still clinging to the grass.

Dz lead me to the church of St Anne, which is built in this wonderfully intricate gothic style…

I did have a quick peak inside but my stomach was starting to rumble.

We continued to walk until we were back in the main street, by a little tea house with china teapots jutting from the walls, and by a confectionary shop with a dollshouse on display constructed entirely of chocolate. 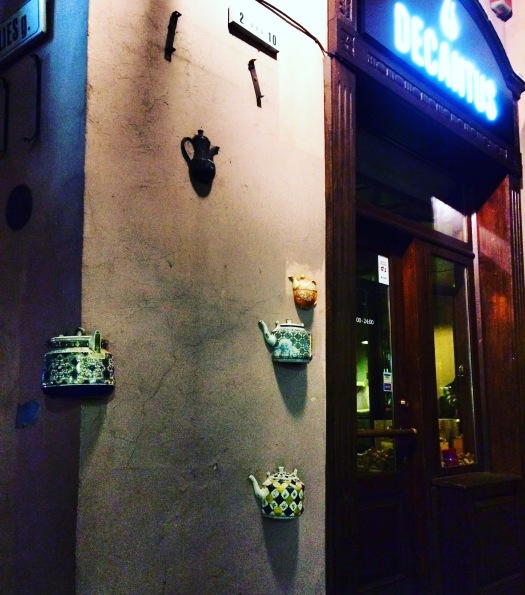 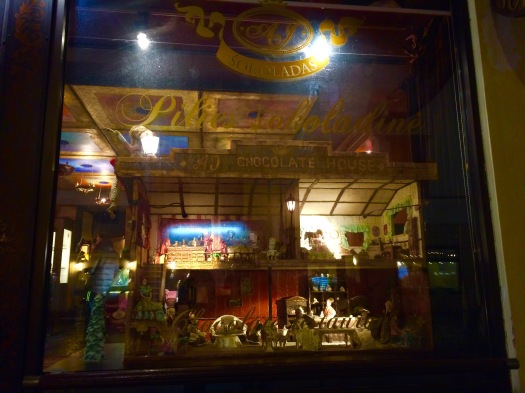 We walked passed boutiques and restaurants, and jewellery shops with a multitude of the famous amber stones.

The baltic region is home to the largest known deposit of amber and you will notice many of the souvenir shops centre around this.

We were growing ravenous and made our way to an underground restaurant for zeppelini’s.

Zeppelinis are put simply –  glutinous, stuffed potatoes. Usually they are formed in the shape of a zeppelin, hence the nickname zeppelins.

I ordered some stuffed with cottage cheese and herbs with an onion and butter sauce, Dz ordered potato pancakes, and for the interim, we ordered beer and a plate of fried bread and cheese.

I can tell you now, strips of fried bread and melted, gooey cheese, tastes bloody good. Especially with beer. Forget peanuts or pork scratchings, this is the shit.

After stuffing our bellies and nearly falling into a carb coma, we popped into Gringo pub for a drink, where I found this absolute gem of a collage on the wall: 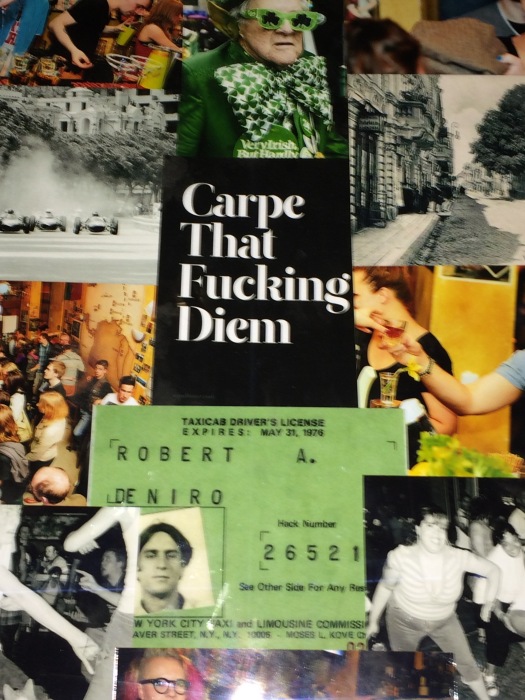 After a drink , we strolled back through the town and over the river, hopped on a bus and headed back to the house for a nightcap before hitting the hay.

One Reply to “Wanderings around Vilnius old town, Lithuania”