On my final day in Vilnius, after a lovely (and much needed) lay in, and some paracetamol… 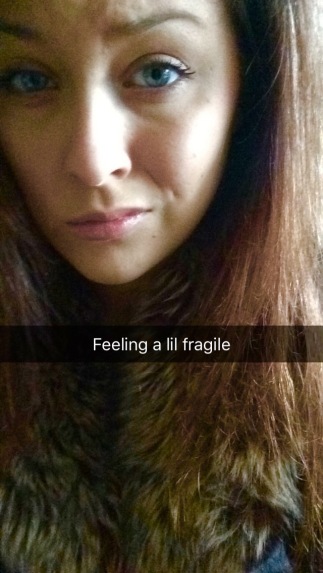 (I can’t deal with hangovers these days).

We jumped on a bus and then strolled along the river towards Gedimino Pilies bokštas (Gediminas’ Tower) and the remnants of the castle, perched on top of a hill opposite the three crosses. 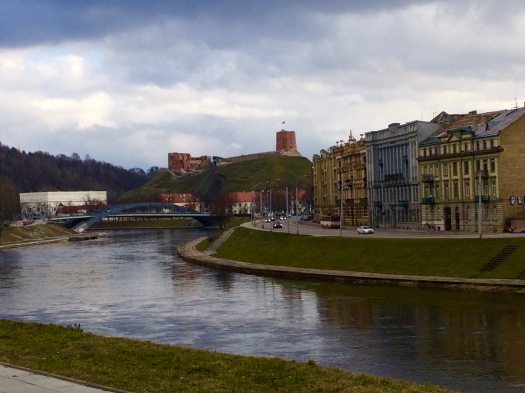 On one side of the river bank is written “I Love You” and on the opposite “I Love You Too”.

There’s a strange rusty pipe jutting out from the bank and into the path next to the river, which Dz informed me was an art installation. 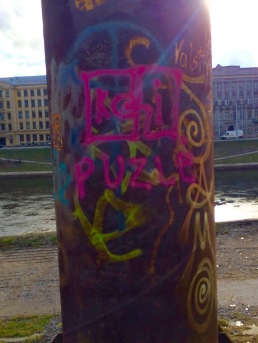 Although, even he admitted he had no idea what the heck it was supposed to be.

We wandered passed the square where the statue of Grand Duke Gediminas stands, mounted on a horse. I’ve been told the story goes:

After hunting in the sacred forest and sleeping that night, he saw a powerful iron wolf howling on top of the hill. Having had the dream interpreted by a pagan priest it became clear he was to build a city, and a castle to protect it. So the Grand Duke founded Vilnius, and built the castle and tower on the presiding hill…

We climbed the steps and on top of the hill, though being hit with an icy wind, we were greeted by a fantastic view. 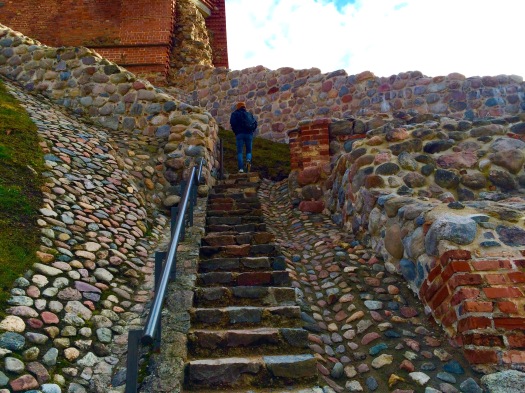 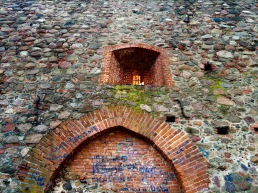 On one side of the tower you can see the modern city skyline, glass glinting in the sun and contemporary buildings compacted across the river. On the other side is the old town with it’s red brick rooftops and plethora of churches. 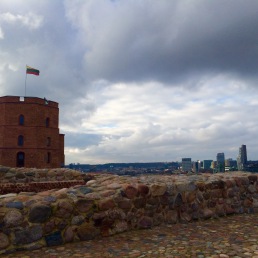 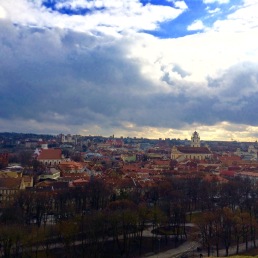 On the hill opposite stands The Three Crosses…

Originally known as “Bleak Hill”; the site of an old legend where seven Franciscan friars were beheaded for badmouthing the pagan Gods. 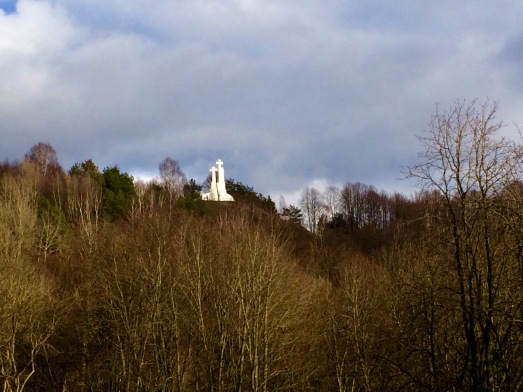 The sky was growing moody and so we headed back down and made our way to the University.

Vilnius University was founded in 1579, it’s one of the oldest universities in Europe and it is utterly stunning. 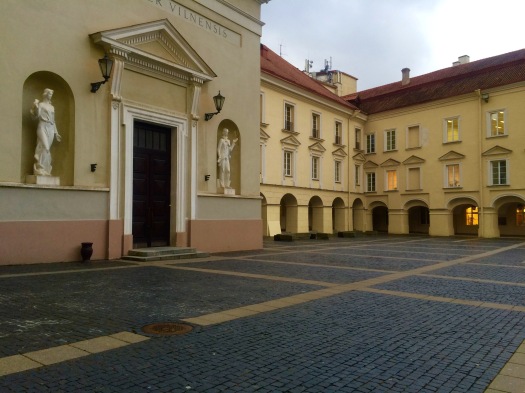 Luckily as we walked in there was already a guided tour underway, so we just hitched on the back and followed them from a distance.

The University has it’s own church, full of ornate carvings and paintings.

The university bookstore ceiling is decorated with paintings depicting the professors throughout it’s history. 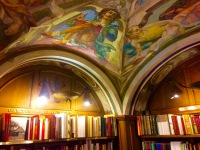 Then there is The Fresco Hall… 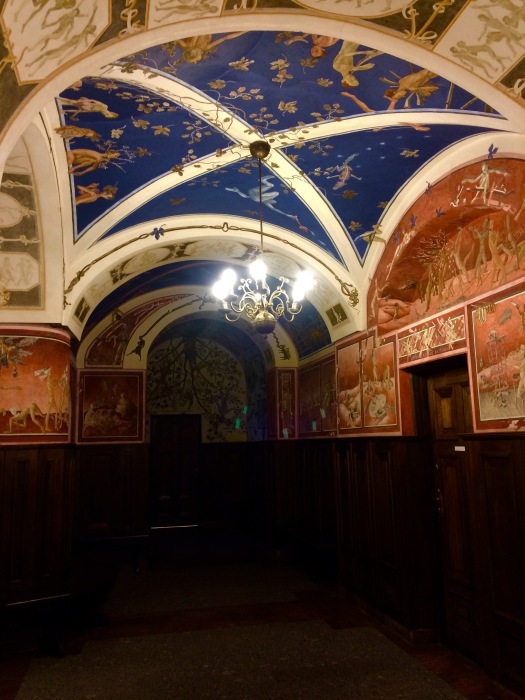 The Fresco Hall is covered with a pagan mural depicting the eternal pattern of the ever changing seasons. 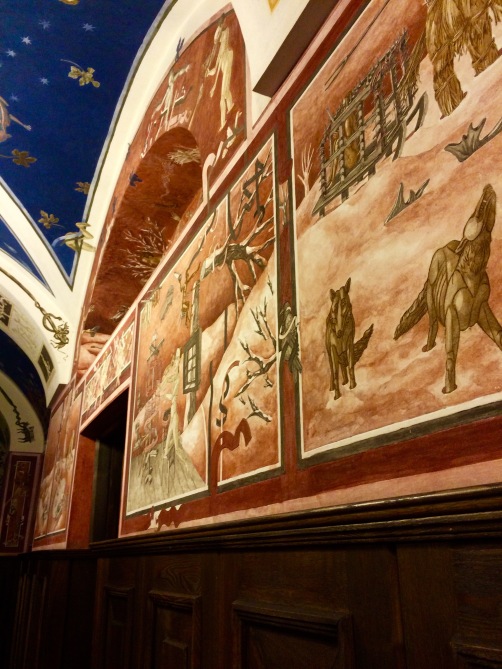 The University is so beautiful and steeped in history, it was quite inspirational.

I could have spent all day in The Fresco Hall, walking up and down the corridor and taking in each minute detail.

However, we had finished the tour and so we headed for some food, but Dz had not been home for sometime and most of the good local hotspots he remembered were now gone.

We were looking for something cheap and cheerful and colossal to fill our rumbling bellies.

We settled on a pizza place and ordered large pizzas and beer.

After stuffing ourselves with delicious, gooey pizza, we headed to meet one of Dz’s friends at this funky little vegetarian underground bar/cafe.

I wish there were places like this near me! I would probably go every day! 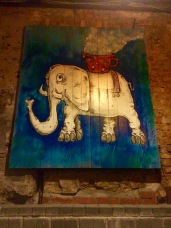 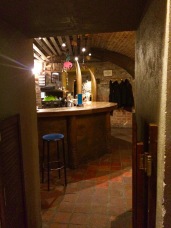 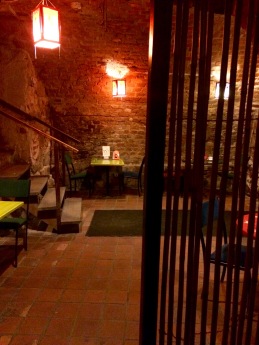 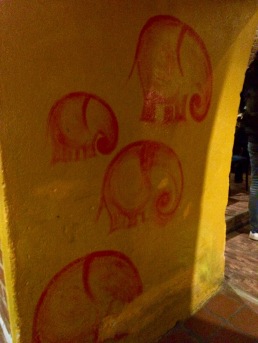 We ordered a pot of yoga tea to share between us as we chatted in our little alcove, then moved on to beer.

I spotted paintings of pyramids with little green aliens which for some reason I couldn’t look away from!

She had a gig late that night (I am told she is one heck of a singer) and I was quite sad to miss it, but I had an early flight the next morning.

We said our goodbyes and then headed to one last place before catching the bus back. 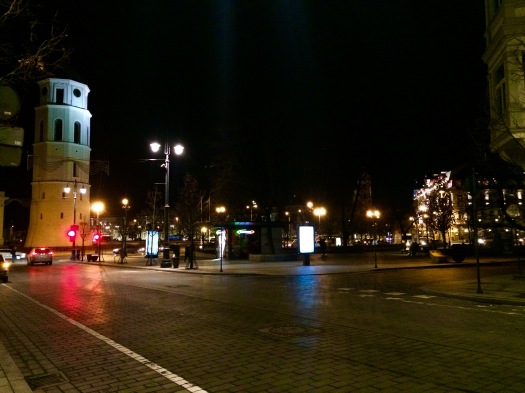 The Cathedral and bell tower in the square, lit up quite beautifully in the night. 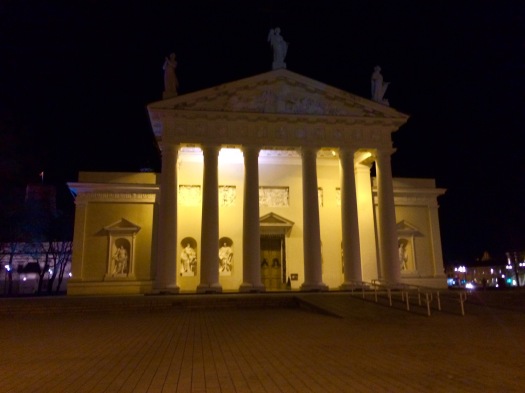 And somewhere between these two buildings is “The Stebuklas Tile” or “The Miracle Tile”. This small stone marks the spot where the human chain of Baltic Way began to link.

The chain started in Vilnius and crossed the Baltic states, joining with Riga and Tallinn.

It was and event that marked the beginning of national liberation. 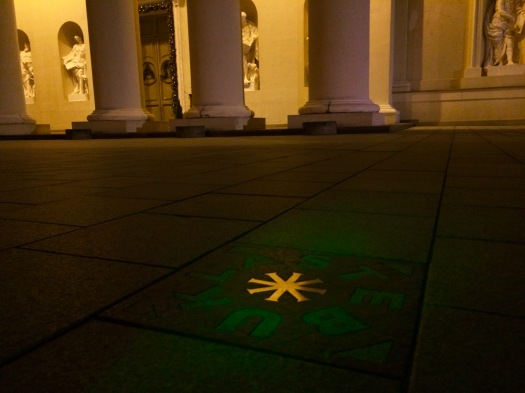 It is believed that if you stand on the stone and spin around three times, you can make a wish that will be granted.

I made a wish, the same wish I always make whenever I get a chance, and then we headed on home to catch some shut eye.

On the plane, I flew over little toy houses and frozen lakes, patches of snow and glinting ice, before rising above plump fluffy clouds.

As I came to land in Riga for my transfer, we flew over a snow covered beach with a few lone souls, some little specks, wandering along it.

I did a little duty free shopping to pass the time… 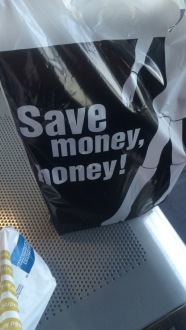 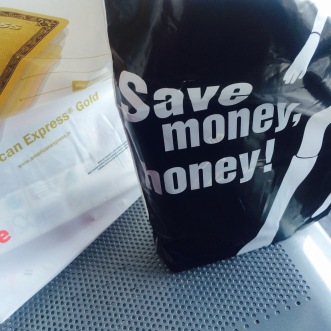 Before I knew it I was back in England and it actually felt as cold (if not colder) than Lithuania!

I didn’t know what to expect before I went to Lithuania, only that I fancied a change of scene and catching up with a friend.   I was pleasantly surprise and thoroughly enjoyed my time there.

We managed to squeeze in a lot in and I learnt a fair bit about the country as well, thanks to my personal tour guide.

Thanks to Dz and his lovely family for hosting me in Vilnius!