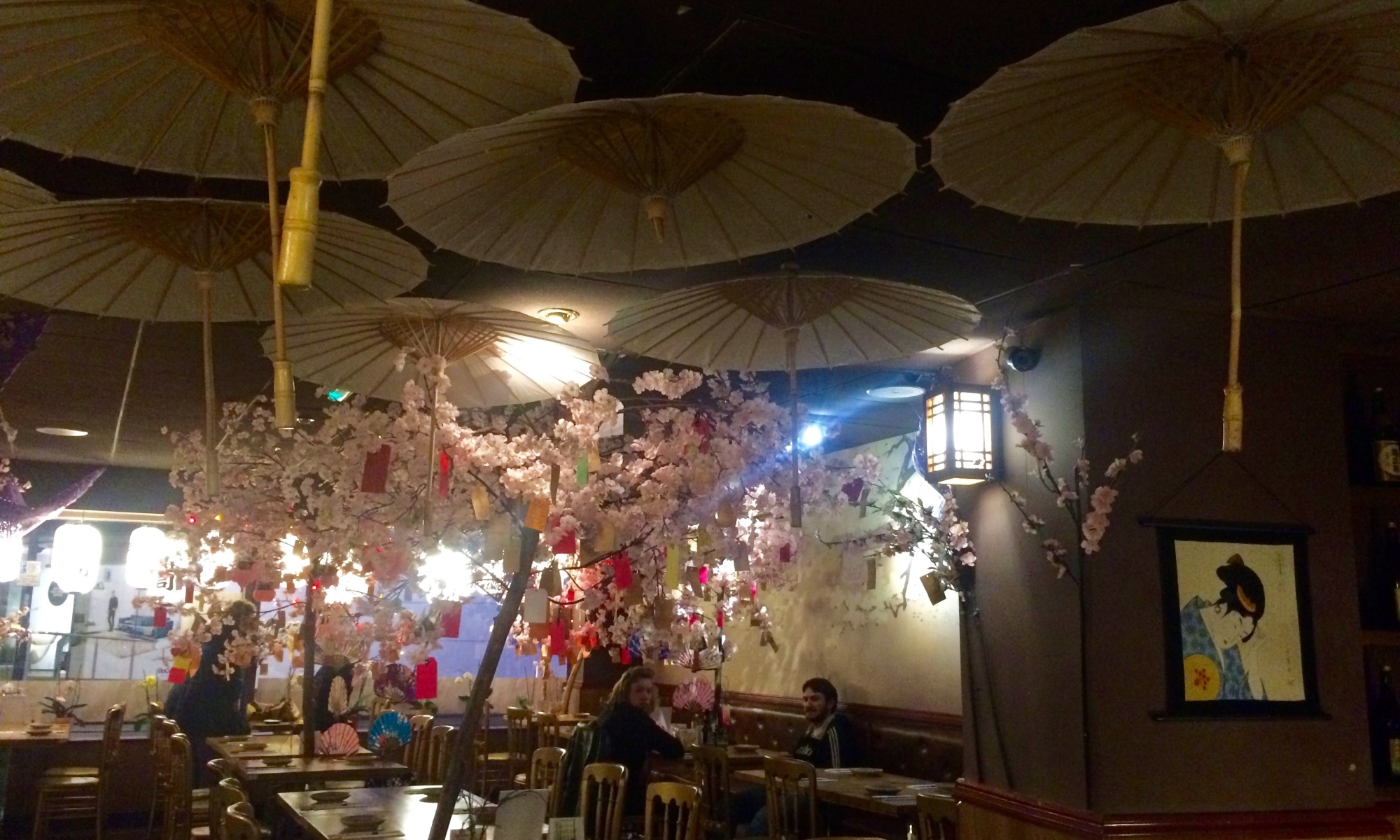 I was attending an intensive weekend course for a TEFL (Teaching English as a Foreign Language) certificate in Kingston earlier on this month.

Seeing as Travel Lodge do not provide meals other than an extortionate“breakfast box” consisting of cereal, mini muffin and breakfast bar, I utilised google to look for well rated restaurants in the area.

I found one that I liked the look of, typed the post code into the map on my phone, and according to google maps, it was a mere 10 minute walk from my current location.

Brilliant, I thought. I was famished and so off I headed, following the little blue line like Dorothy on the yellow brick road, only I was on a quest for delicious food.

Being that my sense of direction is appalling (but I like to think there was also something wrong with the map) and after walking around in circles and then ending up on the other side of town, I was growing a little frustrated.

I’m really not a nice person when I’m hungry. I get hangry. I’ve made grown men cry when I’ve not been fed.

Anyway, after 56 minutes of walking, passing the same fat old lady sleeping at the bus stop at least three times and the map really not helping very much at all, I eventually admitted defeat.

I happened to be on the corner of this road and a particular restaurant caught my eye.

Not the one I had been looking for, but it still looked pretty damn good. 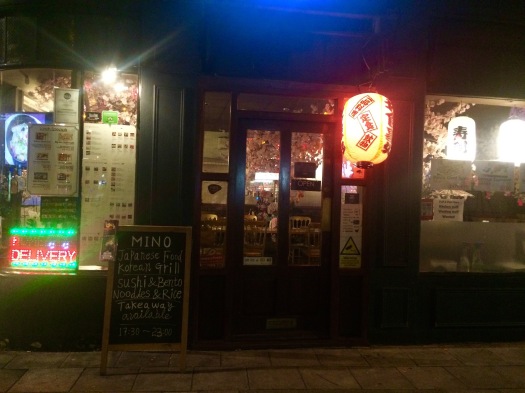 The glowing paper lantern outside and a glimpse of the interior through the window seemed inviting.

I stepped inside and asked for a table for one to which the waiter (with a slightly confused look on his face) replied: “Just for you? By yourself? No one else?”

I nodded and smiled as graciously as I could, trying not to quip back with hunger induced sarcasm.

I walked through the restaurant and was seated at a table next to the window. 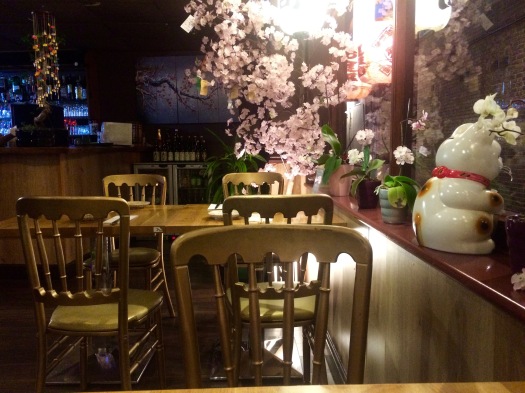 I ordered a glass of wine and was given some nibbles as I perused the menu. 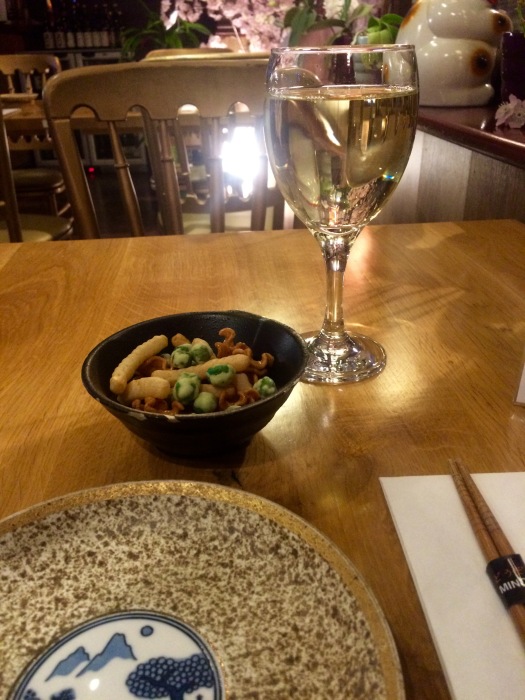 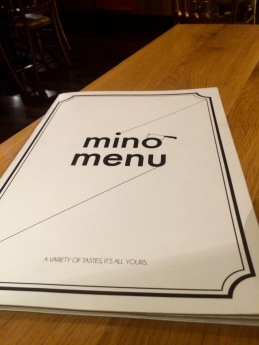 I couldn’t decide on a main yet so they left me a while longer as I browsed the drinks menu.

They do a Sake taste platter and have a variety of plum wines and flavoured sake. I was sticking to my one glass of wine as I had a 10 hour lesson to attend the next day and didn’t fancy a fuzzy head for it. 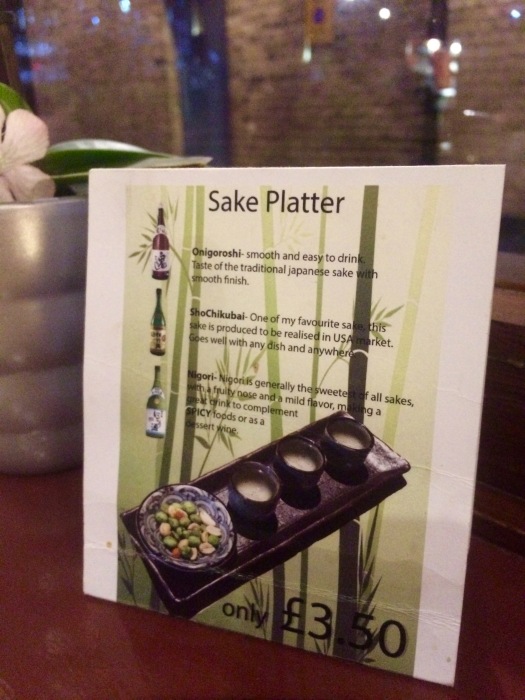 My starter arrived, quite a large portion actually, and I tucked in with my chopsticks.

The rice cakes were not quite what I was expecting, they were kind of squidgey tubes of glutinous rice, so not a texture you experience every day. However, it was delicious none the less, the fish cake (similar to an omelette really) and vegetables all worked well in the sauce.

if you have never tried Korean spicy sauce, it’s often made from a paste of fermented chillies and pepper. I absolutely love it, but it’s not for everyone and is pretty hot so if you’re a mild tastebud kind of person, you should probably give it a miss!

I decided on a main of grilled prawns as the starter had been pretty filling.

When they brought out the dish, my first thought was “Oh bugger”.

Whole prawns. I didn’t realise they were whole prawns with the shell still on.

I had literally spent my entire adult life avoiding this situation.

I genuinely had no idea how the heck I was supposed to peel them.

I actually googled it on my phone. I kid you not…

Would I have survived outside the womb without Google? Who knows.

After I had figured out who to peel them, they were pretty damn delicious. Cooked in a little bit of garlic, served on a hot plate with fried onions. Simple but so good.

After that I was full. I sat and sipped the rest of my wine and looked around the restaurant.

The whole place was decorated with Sakura blossoms, fairy lights and traditional paper parasols, it was really rather pretty.

There was a large Cherry blossom tree in the middle of the restaurant, and in between the paper blossoms, hanging from the branches were polaroid pictures of customers and they’re raving reviews about the place and their favourite dishes. 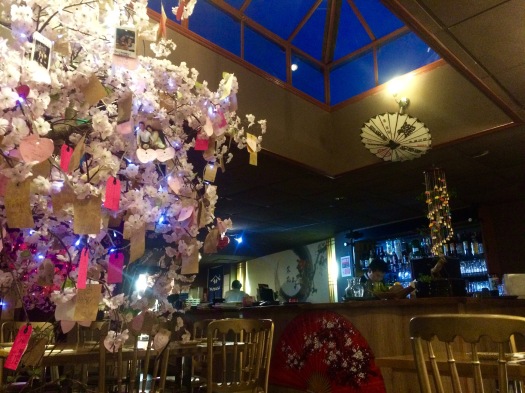 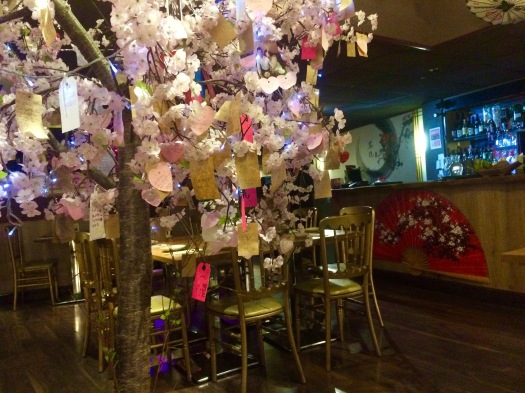 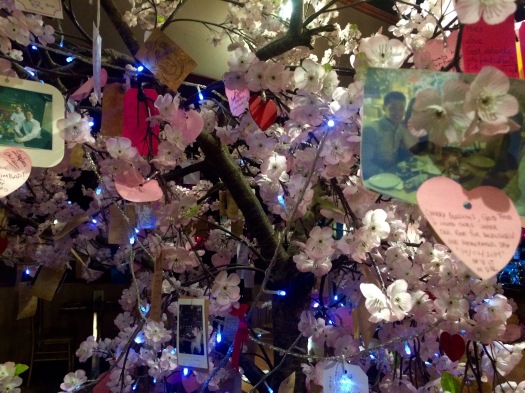 I would definitely recommend  a trip to Mino if you’re in the area!