When I arrived at Termini station I was a little overwhelmed as the place is huge (having over 20 platforms) and was extremely busy, with people bustling and jostling from all directions.

When I stepped out of the station my first thought was “Wow, it sure stinks of piss” right before a tramp who looked like he was drenched in his own urine lunged at me begging for change. I quickly sidestepped him and made my way to the front of the building so that I could get my bearings.

I tried to look as nonchalant as possible so that it wouldn’t be obvious that:
A) I was a tourist
B) Who was completely alone
C) And had no idea what she was doing

I went over to the information point and stared at the map on the wall, intermittently glancing down at my phone to look at the directions, and then back at the map again, trying to figure out where the feck this road I was looking for was located.

Well, what took a while to dawn on me and had me so downright confused was that I wasn’t technically at the from of the station.

Once I realised this and walked round the corner, everything made much more sense. When you’re actually at the from of the station, The Yellow is very easy to find and very close.

Well, I say easy. I did initially walk past it. But that was because the directions said “Walk four blocks” and in England we don’t refer to things in blocks and so I assumed that I should just carry on walking until the end of the road.

Don’t carry on walking until the end of the road.

Walk down the road, and count the side streets. These are blocks, apparently.

I arrived at The Yellow and headed to the 24hr reception. I asked if they had any beds available and there were a few options:
A bed in a mixed dorm, a bed in a female only dorm, or a private room with the prices increasing in that order.

I’d stayed in hostels before when backpacking in Asia, but had been with a friend so we had always shared a private room.

The dorm options were much cheaper but I had never stayed in a mixed dorm and din’t know what to expect, so I opted for the female only dorm.

I had arrived before check-in so I stored my bag and went over the road for a beer to bide my time.

When check-in time came around, I headed back to reception, grabbed my stuff, and went back over the road to my dorm building. 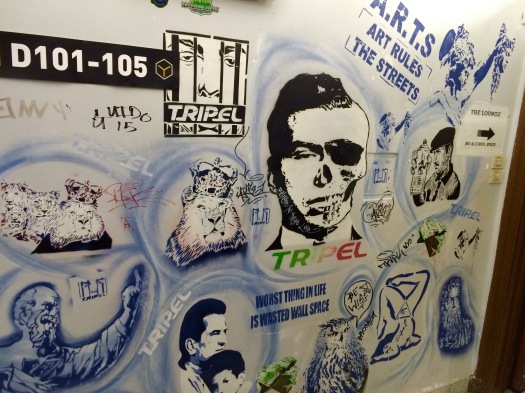 The Yellow
A little low down on The Yellow 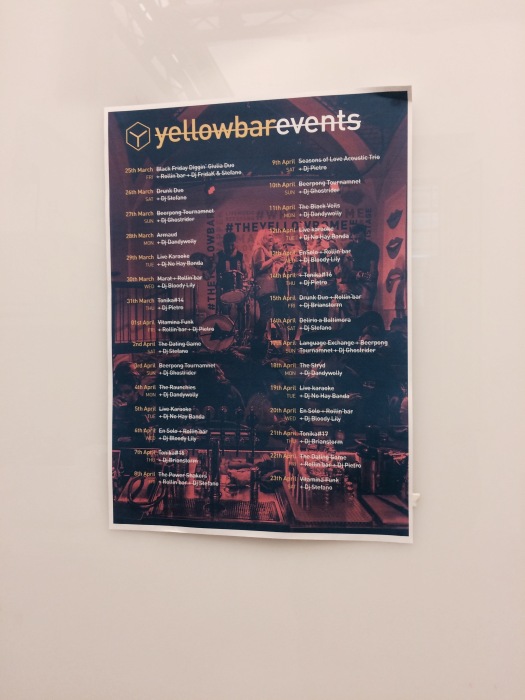 My first dorm: Located in the building above the bar. Little bit cramped but not terrible (just don’t sit up suddenly unless you want to smack your head), clean room, toilet and shower separate and in small closet like rooms (but still clean), shower light did not seem to stay on very long, when toilet flushed sounded like it was crunching up metal.
My second dorm: Across the road from the bar, same building as reception (different rooms are spaced out between several buildings which are shared with other hotels/hostels) Was bloody awesome! Super spacious, really great industrial chic sort of interior, large modern bathroom with walk in shower and a little balcony. Wish I had known and been there all along!
My private room: Didn’t blow my socks off to be honest, fairly spacious, had a small balcony, clean but interior nothing exciting, bathroom spacious but not as modern/nice and shower not as big. Didn’t seem to be any wifi connection. Also on the website it says that the private rooms have mini fridges. Did I miss this? I don’t remember no mini fridge. 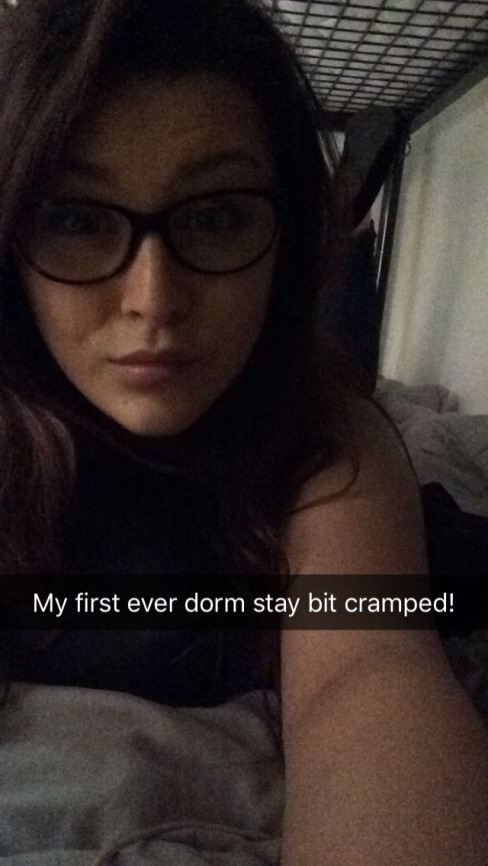 What can I say, I get around!

I wish I’d got pictures of the dorms to compare but I didn’t realise there would be such a massive difference between the two dorm buildings!

Overall it’s a pretty cool place and I was pretty much instantly in love with the vibe there.

I digress, so anyway…

I unpacked a few bits, made my bed with the sheets and covers provided, met my dorm mates (two young girls from turkey) then wandered down to the supermarket to get snacks so that my dorm mates wouldn’t have to suffer the wrath of my hanger. 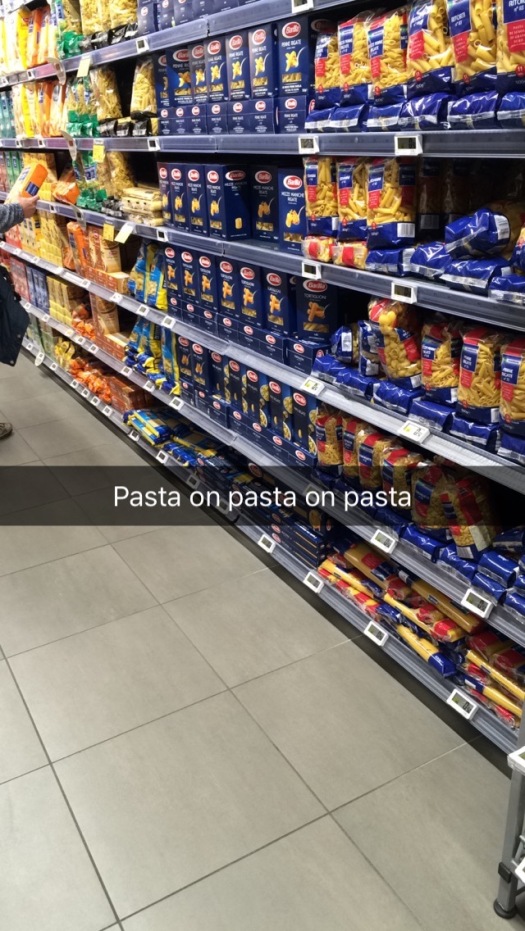 Pasta aisle of my dreams.

Make sure to mark them up or someone might nab your biscuits! 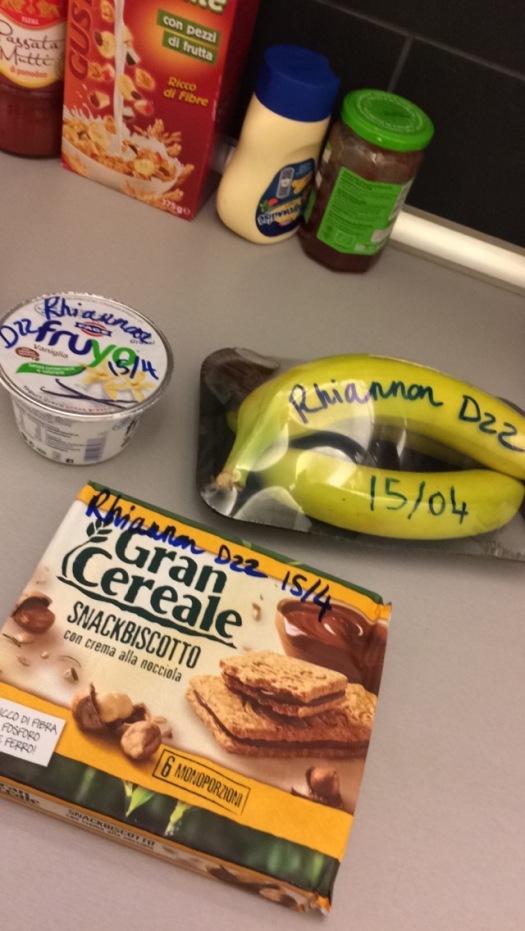 I then proceeded to sit in the common area for a bit and snack on said snacks whilst browsing social media to suddenly realise I had not notified my bank that I was going away.

Some people have to do this but my bank are a bit of a pain like that. 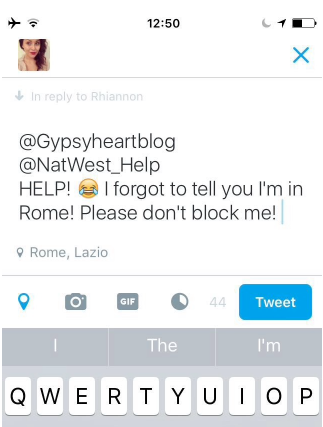 and after a very unhelpful phone call resulting in no concise answer, I decided to just hope for the best and try to avoid withdrawing cash.

I ended up in conversation with a rather taken aback Colombian who had just witnessed my angry work voice telephone conversation.

F and I got chatting and poured over some maps, discussing where we had been, what we wanted to see and where we were heading. We were both planning on going to the Vatican so he offered to go with me the following day. 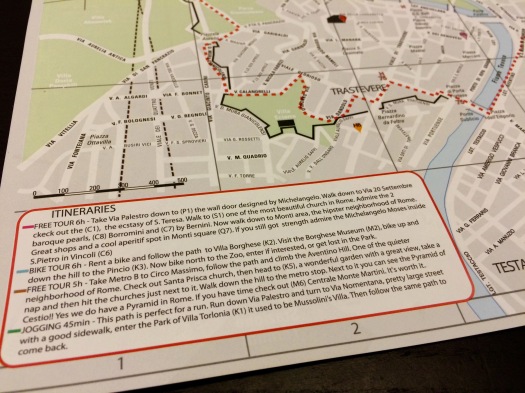 Seeing “jogging” under the itineraries section made me snort and laugh out loud.

We then headed to the bar to chat over a beer in the sun, instead of me stuffing my face and trying to talk through a mouthful of biscuit crumbs.

After chatting a while we grew hungry and made some last minute dinner plans with some people F had already met.

We wandered round the corner to The Bramble for food, wine, and good conversation. 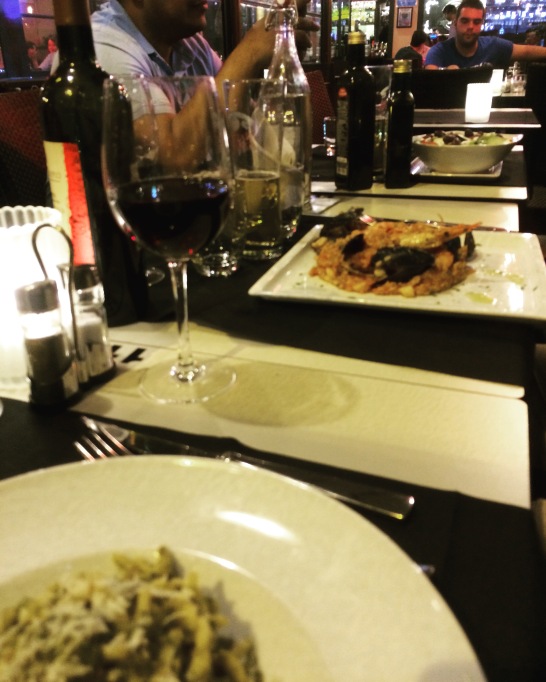 We then headed back to The Yellow bar for Karaoke (no, no, I observe), drinks, and then dancing downstairs until the early hours. 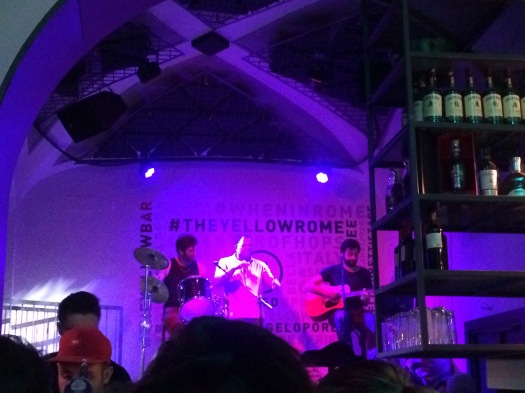 The others decided to head to The Trevi at around 2am and though I desperately wanted to go, but having only recently come straight from my shift work pattern and intensive weekend TEFL course, I was dead on my feet.

“But how come you can dance, when you’re so white?! – My favourite quote from this night.