I had a friend I originally met in Langkawi (Malaysia) to come and stay with me in my new house in Pai that I was renting for the month.

One of the days that she was staying, we decided to do a day trip up to Lod cave.

We rented some bikes from town and drove through the surrounding area of Mae Hong Son, up a long winding mountain road, and stopped for a break at a viewpoint. 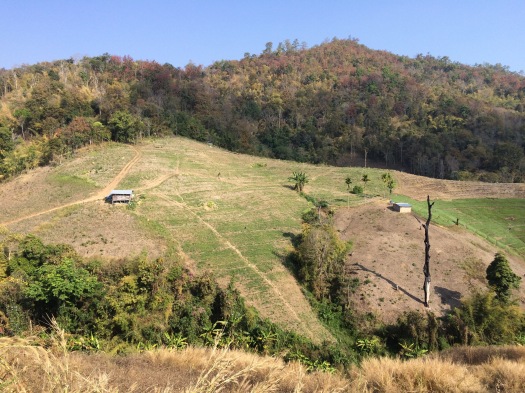 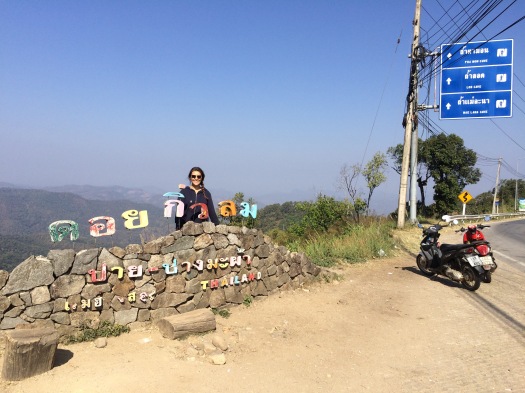 On the hill of the viewpoint stood this strange ferris wheel, carved out of wood… 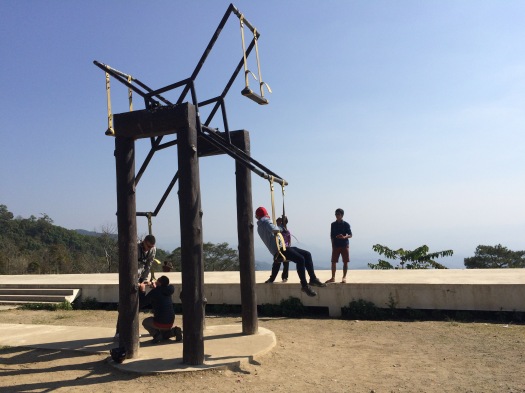 Plenty of people spent the better part of an hour trying to swing all the way around on it, a bit difficult without any sort of mechanics other than bodyweight.

On the other side, a beautiful view of the rolling hills

We eventually reached the cave after some bike troubles

and were told we had to pay for a guide, after attempting to sneak in ourselves and being foiled, we eventually conceded and paid a guide to take us on what I thought was quite a short, not very exiting walk around the inside of the cave and then back out. 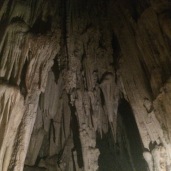 I found the exterior of the cave more interesting than the poorly described interior by our “guide” showing us formations of “popcorn” and “used to be waterfall”.

There is a longer excursion option that you can do which involves a bamboo boat on the river inside the cave, but the price I felt was too high .

We had a wander over the river into the woods, passing temples, statues dilapidated bamboo huts, and nearly got chased me a rather mean looking dog.

We stopped for some mediocre noodles before driving our faulty bikes back down the mountain and into town to exchange them (for what turned out to be no less faulty).

The drive was a pleasant drive with scenic views and the viewpoint and ferris wheel were interesting, but Lod cave? I wouldn’t bother paying to go inside! Unless you’ve never been to a cave before in which case you may find it exciting, but I’ve seen a few in my time and as far as caves go, it wasn’t anything special, and the guides could do with a workshop of stalactites and stalagmites!