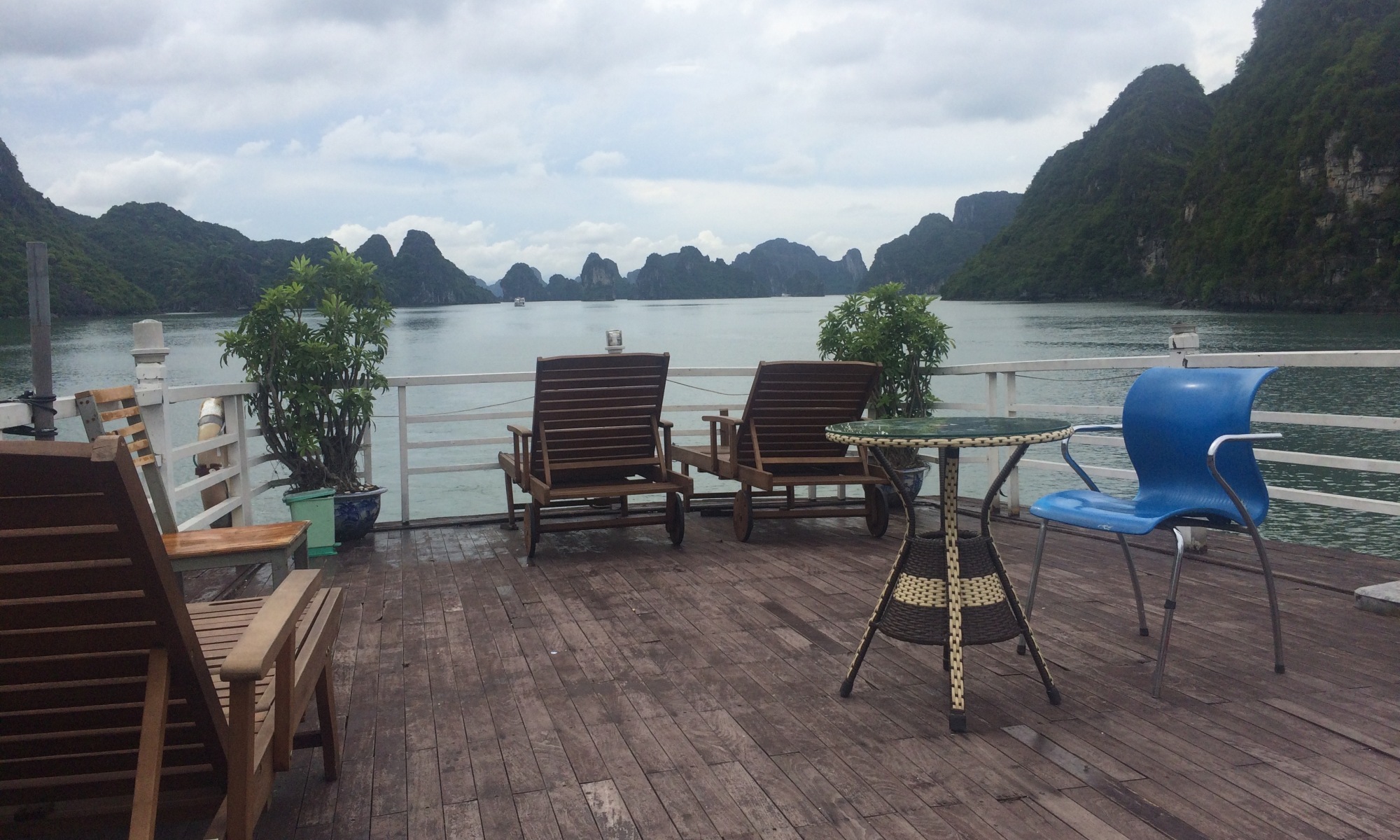 Ha Long Bay was another unfortunate victim of my eager anticipations. I had wanted to travel around Southeast Asia for years, so I had a lot of ideas in my head of all the places I wanted to visit and how utterly amazing they would be. On more than on occasion, I felt destinations were significantly anti-climatic compared to what I had read, heard or imagined.

I had been running out of time on my Vietnamese visa but was still determined to make it up to Ha Long Bay. I had imagined a turquoise lagoon, dotted with islands and filled with traditional junk boats. The reality was that the water was full of floating plastic bags and rubbish, and the whole thing was clogged with various degrees of cruise ships from crappy budget ones with no flushing toilet or working shower to luxury liners. Guess which one I was on?

So I made the most of it, but couldn’t pretend that I was particularly amazed by it. The boat we were on certainly didn’t help, with a rude, drunken crew, disgusting food, smelly unclean beds – with yellow stains on the pillows and facilities that often didn’t work. It was hardly a delight.

I was disappointed, though having said that, there were a few good points (highlights would be too strong of a word). A short kayaking venture around some of the islands was quite fun though we weren’t given them for long. Watching the sunset from the deck was pleasant, and to be honest, that’s about all the silver linings I can think of!

After the overpriced drinks and crew threatening us, I was really quite glad when we hopped off the boat the next day. We jumped straight on a bus bound back for Hanoi, and with my visa expiring shortly I made a snap decision to book a flight back to Thailand whilst I was on the bus.

The driver had said he would drop me off at the airport, but it was the last stop, and he would be dropping everyone back at their individual hotels first. We then got held up in traffic and I had to jump off the bus with all my things and jog down some side streets to hail a cab.

I don’t know how I managed to make that flight, but I did. Unfortunately, thanks to a never-ending dispute with my bank, my bank card was blocked on arrival. Unable to pay for a hotel or flight, I ended up sleeping in Bangkok airport.

All fun and games! Not exactly the farewell I had hoped for, but nonetheless, Vietnam had been a wonderful whirlwind experience full of stunning scenery and beautiful people.

Have you been to Ha Long Bay? What was your experience?