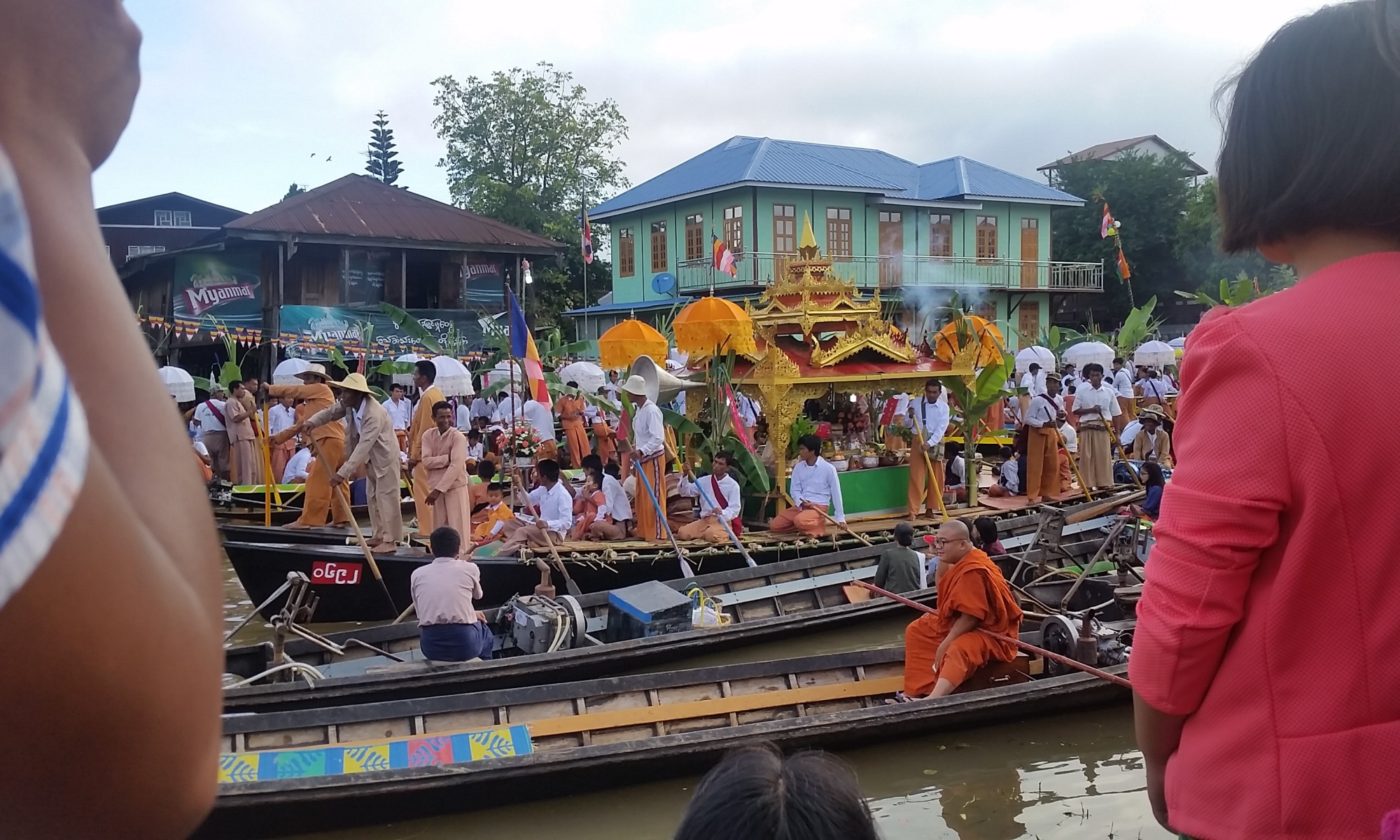 The festival centres around the Hpaung Daw U Pagoda, which houses five icons of the Buddha, covered in gold leaf. They are so heavily laden with gold leaf, that you can’t really tell that they’re Buddhas. In Myanmar (as I found out on a tour here) only men have the honour of placing gold leaf on icons of the Buddha.

Throughout the festival, there is a lot of dancing, boat races, and pilgrimages. During the festival, four of the five Buddhas from the Hpaung Daw U Pagoda and are taken across the lake (to each village) in golden barges that resemble mythical birds.

Hundreds of people arrived at the pagoda by boat to watch the procession. I saw two boats sink, full of people, who had to be transferred on to other boats.

Following the procession, the golden barge left the pagoda. The crowd of people began to disperse, spitting betelnut juice as they went, some smiling at me and some watching with suspicious eyes.