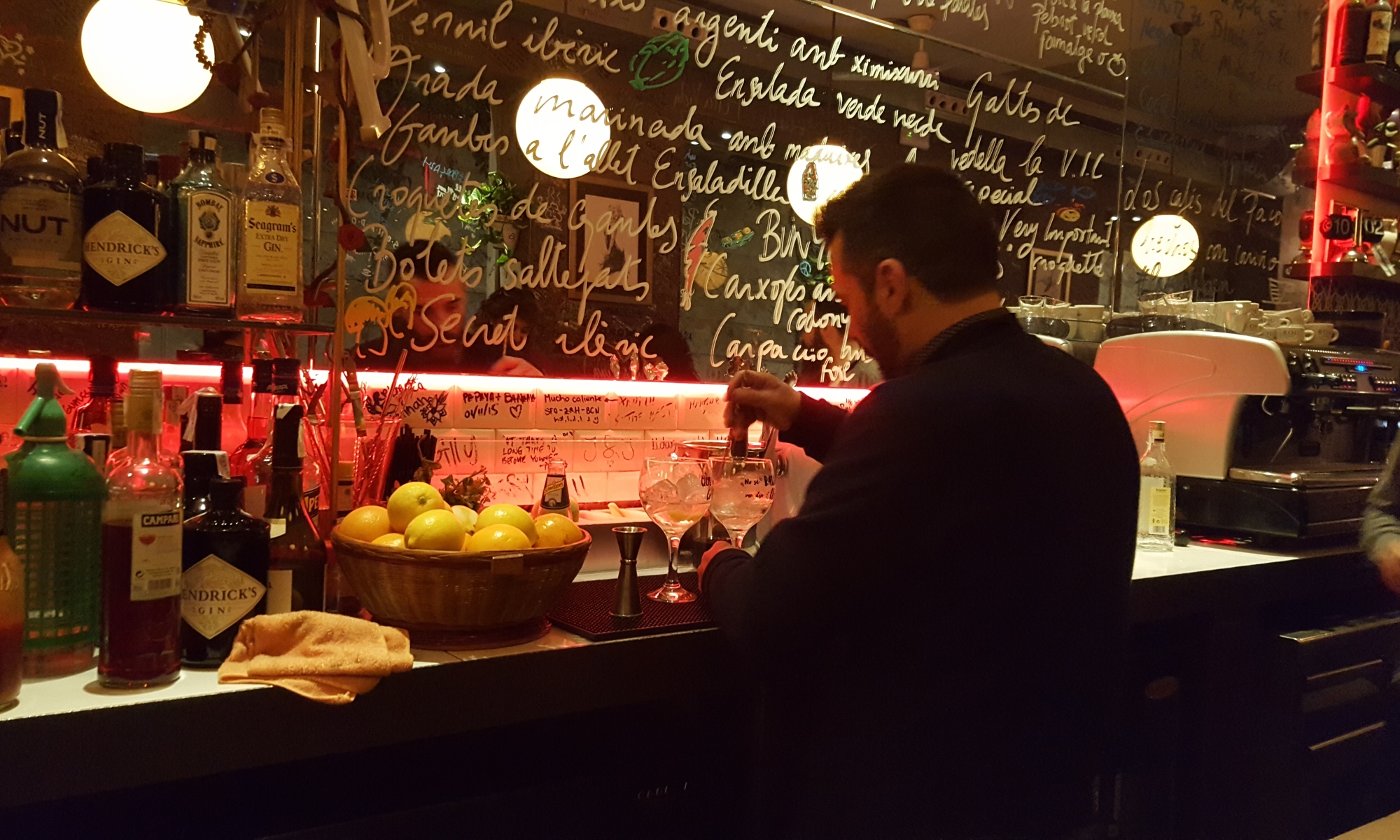 Whilst in Barcelona, I would meet up with my friend T more or less every evening for dinner. T has been living in Barcelona for over a year now, and obviously had to work during the day (boo!).

We found this fantastic little tapas bar, on the same road as my hostel and close to T’s apartment (in the Gràcia area) called La Pepita. 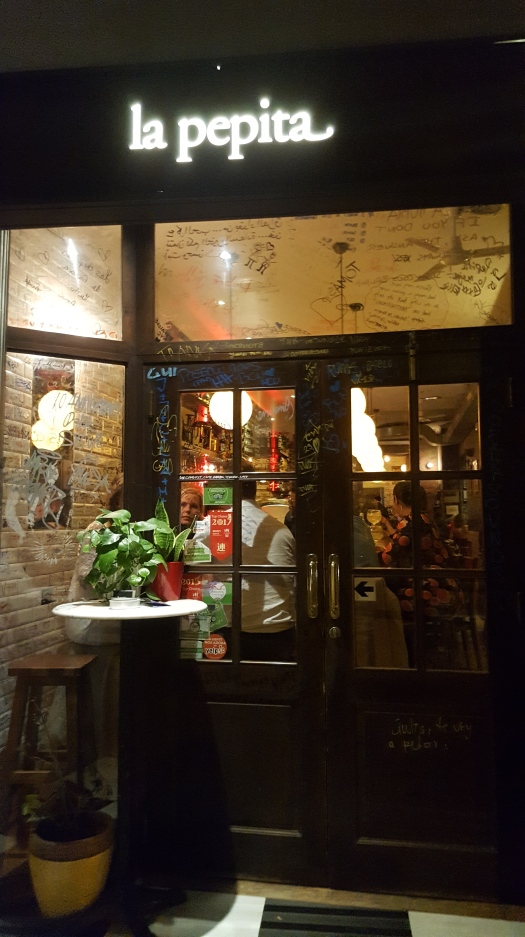 La Pepita is a cosy, quirky little tapas bar and fills up quickly soon after it opens it’s doors at 7:30pm. The walls are covered in scribbles from all around the world, lovers who met there, some got engaged (we actually witness a proposal one night), and just people who enjoyed it immensely… 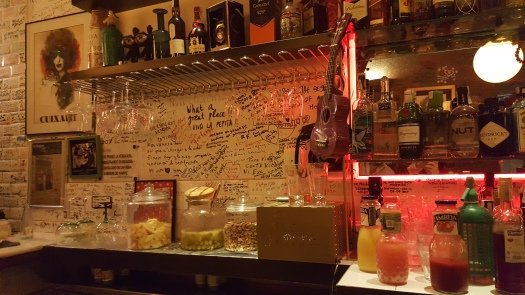 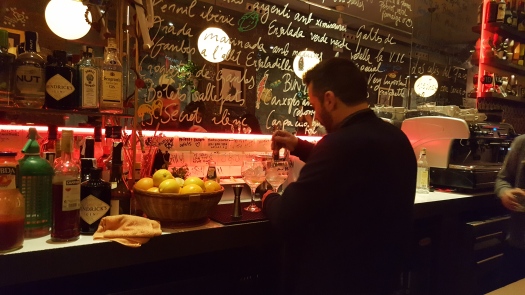 There’s a a small amount of restaurant seating towards the back and a bar area which is where you’ll more likely find the locals sitting and nibbling on the delicious tapas. Our favourite dish was definitely the carpaccio.

The croquettes were also delicious and the calamari with kimchi mayo was also a solid dish.

They also do a cracking G&T, probably one of the best I have had actually. I highly recommend the Bulldog gin which comes with orange peel…

Their selection of whiskey’s is also on point… 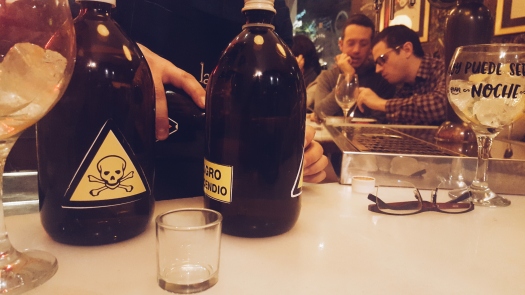 Even T agreed it was his new favourite spot, and he’s been around a while testing out alot of various places. Out of the all the places we had both tried, we agreed it was the best tapas in Barcelona that we had tasted.

I always enjoyed the vibe there, the mixture of locals and tourists – one night a Spanish man with his American girlfriend sitting behind us sparked up a conversation and let us try the dish he had ordered.

The staff recoginised and were always friendly. I really don’t have a bad word to say about La Pepita’s and will be making a beeline there when I’m back in Barcelona.